Three best tips to see whether an image has copyright 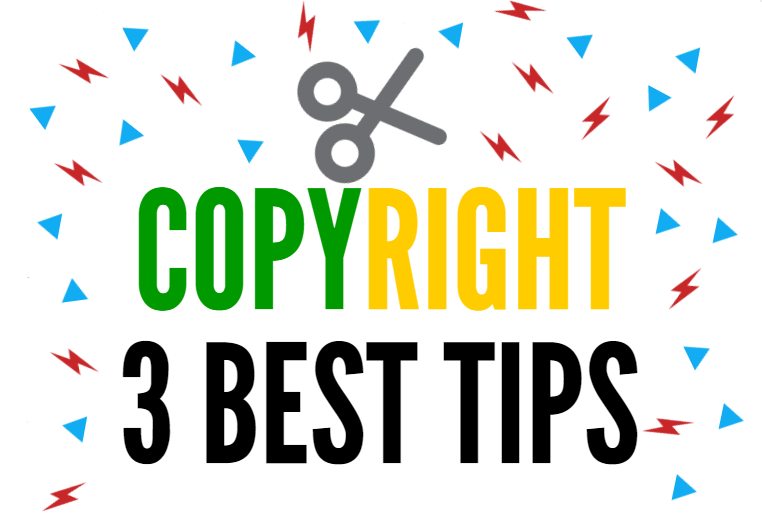 Copyright is awful, and a lot of us have experienced it. There is nothing worse than writing content to release, sharing a photo on our social media or dropping a song to YouTube/Soundcloud to find out a little later that someone has ripped it from under your nose, to then go on and claim all the credit for it.

It’s also ever more important that we aren’t the ones ripping the work of others. Here are three tips to help you avoid using copyrighted material.

Tip #1: Found an image? Search by image for it online.

Say you came across a picture of a blue sky – a Starry Night, for example. You may think that the image of a simple starry night can be used freely, because.. it is, just a picture of the nights sky. However, not is always what it would seem. This picture could, in fact, be a painting by the great Vincent van Gogh! How dare thee.

Through using Google’s Search by Image feature, you could simply drag such picture to the search bar and Google would look for any references of that same picture online, potentially even listing up the pages it is featured on. If the image isn’t found online by Google at all, it is a little more likely that the image may be fine to use, however, that isn’t always necessarily true.

Yes, you’ve heard it here. Both Google and Bing offer the function to check an image’s usage rights (or license). Simply tick the relevant box on the search engine advanced search options, and search for the image you wish to use* or a completely new non-copyrighted reusable image.

*Unfortunately, you’re unable to copy an image you’ve already obtained into Google or Bing to see whether that image is already labelled for reuse. Describing what the image looks like, or what it has in it is one of the best ways to find your image. Maybe there’s a distinctive feature in the image that you wouldn’t expect other images quite like it to have, or the image has a title related to it. Use these features and represent them to the search engine as keywords, and you may just find that image online. If you do manage to find the image, you can then check if its usage rights allow it to be reused and reuploaded.

Tip #3: Go back to where you first found the image

The place that you found the image at normally holds the biggest clues as to whether the image is protected by copyright. Is there a picture caption that points out that the image is reusable? Is the copyright symbol present anywhere on or around the image? Are the creators name visible anywhere on the site/profile of where you found this image, that you could potentially use to look into contacting them? Questions like these are the sort you should be asking in order to find the information you need.

Remember: at the end of the day, all images are copyrighted from their existence. It is best not to use an image at all than to use it if you’re unsure whether it is copyrighted. Using an image that is copyrighted may see your site get taken down by a DMCA notice. It really isn’t worth it.