This week Google announced some of the upcoming innovations and features to soon be released into the digital marketing industry, relating to both SEO and PPC activities within the Google software.

Advertising Week, one of the biggest and most prominent advertising conference events that runs annually across the world saw Google in New York take to the stage to reveal its latest blitz in enhancing digital marketers capabilities and tools that’ll help assist their clients and themselves with further success.

This year Google announced that soon advertisers and digital marketers will be able to close the loop “between television and digital, online and offline, and mobile and desktop” introducing location extensions and store visit measurement for the Google DisplayNetwork. This will allow advertisers to reach consumers on mobile with ads that show your business address, Google maps directions and photos of the business. Google shared a picture on its blog of it in action, which can be seen below: 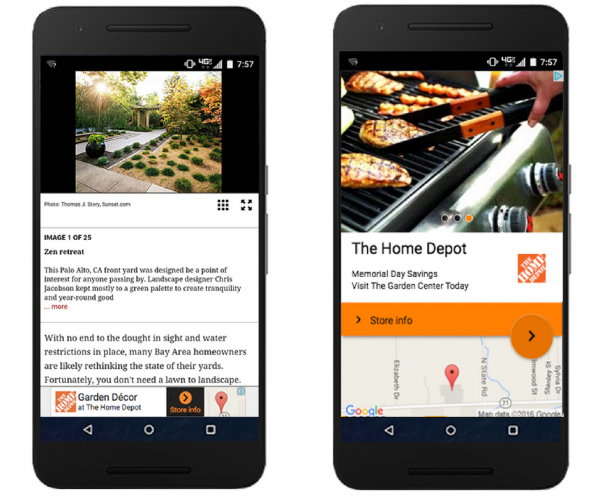 Google plans to use anonymised data of individuals who opt-in to share location history on their devices, click on an ad and then visit a store location. These visits will then appear as a visit conversion to the advertiser.

Closing the marketing loop across devices

Google has noted that individuals like to use different devices depending on their situation and the time of day, such as their mobile device during the day and a desktop computer or tablet in the evening. To bridge the advertising gap between the multiple devices a user interacts with, the company has announced a cross-device remarketing tool for the Google Display Network which allows advertisements across the devices, apps and sites. 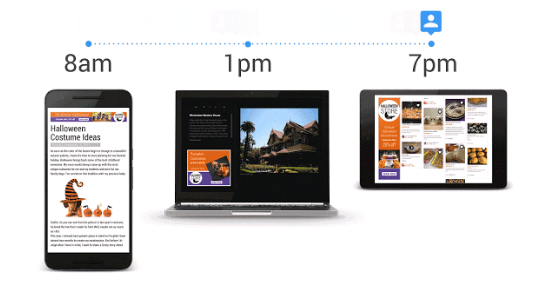 An example Google offered was that someone who wants to run a digital marketing campaign could show an ad to a consumer in the morning on their mobile device with an “It’s almost Halloween” ad, then accompany them later in the day when they’re working on their laptop with the suggestion to utilise a limited-time offer on Halloween decorations. The cross-device remarketing tool could then later in the evening show an advertisement to a landing page offering Halloween recipes to that same consumer when they’re browsing on a tablet.

It’s called DFSA and it allows you to target specific customer groups through adjusting the bids for age and gender. This works as an automatic bid increase if your target age or gender are searching on the search engine, whilst excluding those demographics that just aren’t the right fit for you. Although this feature was announced around a year ago, it is only now being released to advertisers globally.

Read more about these changes over on the official Google AdWords blog here.