The Future of Selfie-Scanning for Marketing 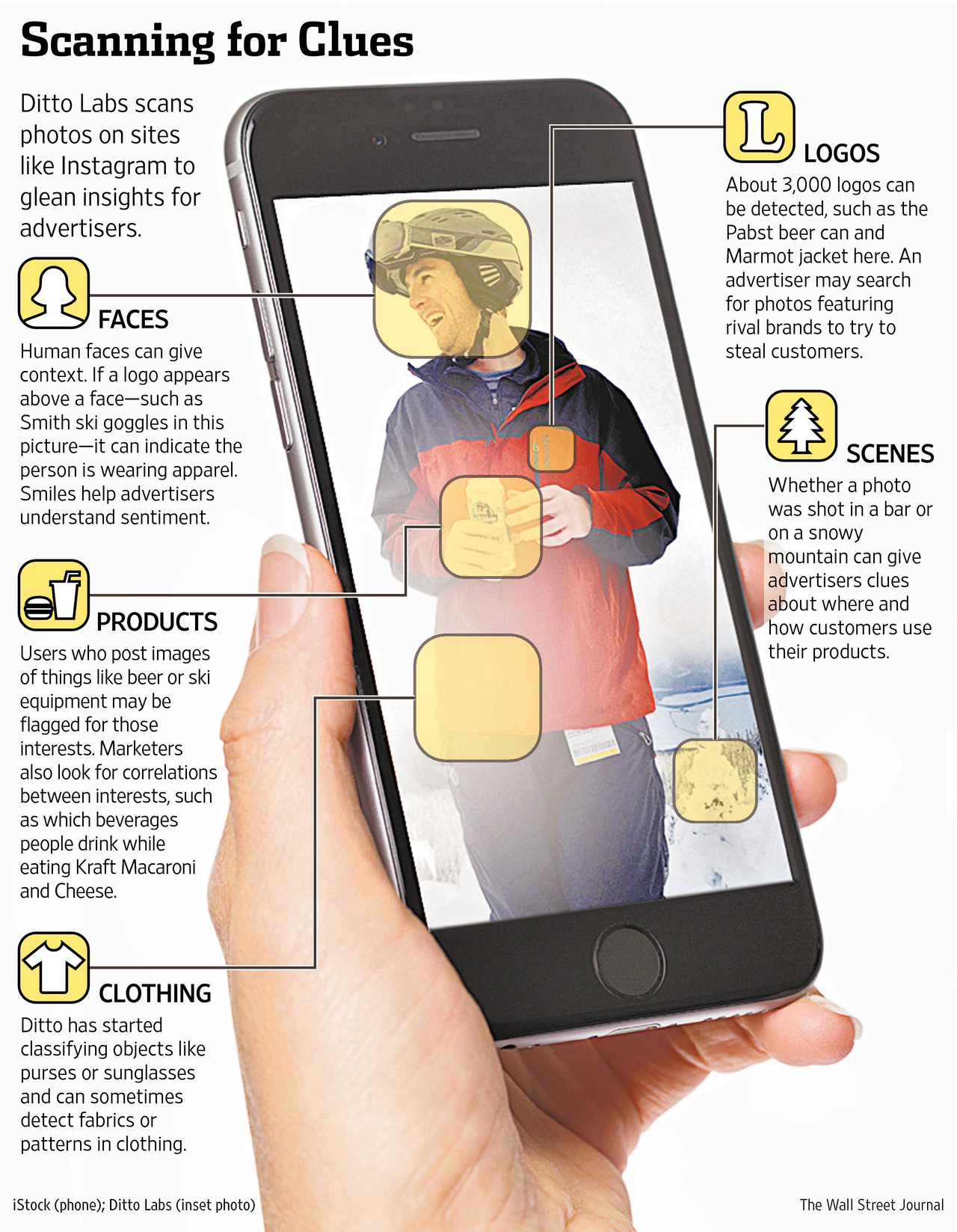 It was released earlier this week that a company called Ditto are using their technologies to mine photos from Instagram and Twitter and scan them for various products and brand identifiers including but not limited to: 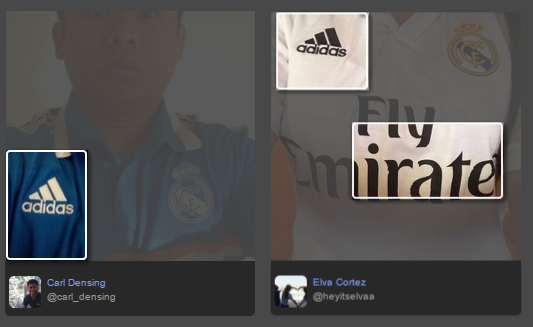 A quick browse (though I must warn you that due to the live stream of image content, some images may not be safe for work) through streamditto.com allows you to see the images that they have mined from Twitter and Instagram within a grid layout, categorised and highlighting the aspects of the image that have been found to contain a brand’s logo or other signal of some kind.

Within each category, you are then able to see some statistics about top brands that have appeared in Instagram and Twitter photos. 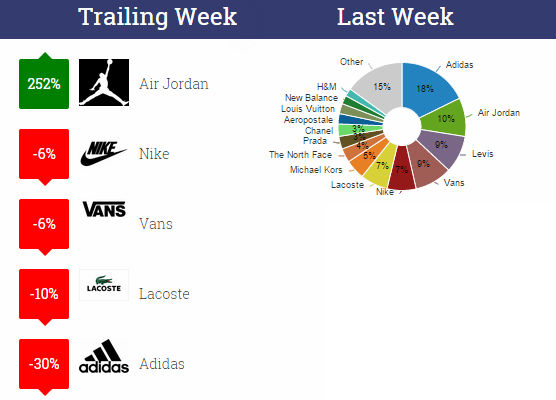 Ditto’s logo detection engine allows brands to compare themselves against their competitors and how their products are being shown visually on image-sharing social media sites, as well as enable them to analyse their typical customer behaviour. Though they could compare the popularity of their hashtags or mentions across social media platforms, this method of competitor analysis does not show the way in which their product is being promoted indirectly by their consumers – the person drinking a certain drink might not necessarily be taking a photo of the drink; they may just be taking a photo with the drink in the background. Though the product may appear in the photograph, it is not the focus of the photograph.

This method of image recognition also allows brands to see what sentiments are associated with their brand using facial expression recognition within the photos. e.g. Are the majority of people taking photos containing your product smiling? You can also cross reference various brands to discover affiliations among brands for cross-promotion, merchandising and ad targeting. In the example Ditto give on their website, you can see how and to what extent various beer brands align with which music performer. Taylor Swift has quite a young fan base which is reflected in the graph below: 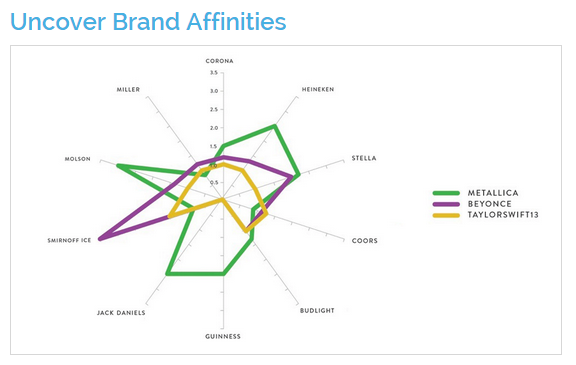 Analysing the context of photographs where your brand or product appears could hugely change the direction in which a brand markets their product and targets their ads. So you can see how this is an incredible insight into how your brand is perceived through social media. Where it starts to get a little worrying though is whether this is being properly communicated to each of the social media platforms’ users that, using the platform’s API, marketers are able to mine these users’ personal images in order to scan them and analyse them for marketing purposes.

Within my short exploration of Ditto’s stream, it quickly became clear that some of these photographs being publicly displayed for public analysis were quite personal. Photographs that are intended to be shown to close friends. Of course, you could argue that personal photos should be kept private so that unauthorised users will not be able to see the photos. But I’m sure that a lot of people don’t see their public photos as something to hide, they just don’t expect it to be used in this way to help sell more products. They’re not trying to promote a product just because that product just so happens to appear in one of their photos.

For a while, we have been using text-based searches and monitoring #hashtags and @mentions to see any trends or changes in sentiment toward a brand and to engage with our customers who are actively helping to promote us by tagging our names within their Tweets and status updates. However, there is a whole new world of image-centric social media that is becoming more and more dominant in the social media game – and though we could use the same text-based methods for our analyses, there is a bigger picture that we would be ignoring.

Since this form of selfie-scanning for marketing purposes has been more publicised to the masses, several interesting comments have appeared in regards to whether the practice is ethically right or wrong:

“People don’t seem to get it… when the software is free… you are the product not the customer.”

“Is there anything that parasites in marketing won’t do?” “Probably not…. but only the egoism of posting ‘selfies’ allows the parasites a host.”