iPad really shows off and shows up your website graphics 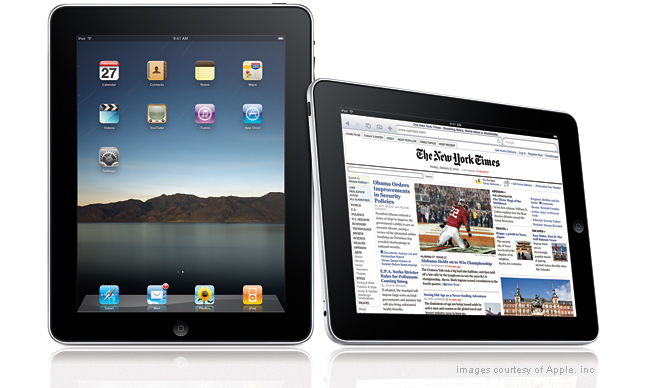 The iPad and related devices are going to have a huge impact on web development in the future and as such I needed to have one immediately, well, that is my excuse anyway.

I’m afraid I have no juicy problems to report, it really is as good as the advanced reviews led us to believe, while I wouldn’t go as far as calling it magical, it certainly is a joy to use and surfing the web is especially slick.

Other than the lack of flash, which is well documented, the thing that hit me straight away when browsing on the iPad was that the quality of the graphics on some sites appeared much worse than others.

The problem seems to be that you hold the iPad much closer than you would a laptop screen for example, and you get to see the images in much finer detail as a result.

Compounding this problem is the tap to zoom feature, using it to focus on a column of text becomes second nature after only a few minutes, this also results in the graphics being scaled as well.

I should say that the issue doesn’t show up on the majority of images, but any imperfection in the original image will be maginfied on the iPad, resulting in some ugly effects.

Keep your graphics nice and sharp and you shouldn’t have any issues.